When you are expecting a baby, there are hundreds of books around to help you choose the right name for your new arrival.  When you plan for a new intranet, you don’t get the benefit of such a wealth of inspiration to help you find the perfect name, which might just be the final piece of the intranet project jigsaw puzzle.

Choosing the right name for your intranet can help create an identity which endears it to your staff and maybe even helps improve the adoption rates during those important first few days after launch.

There are a few frequently used intranet names (see below), but at Sorce, we would always recommend trying to choose a name which connects your intranet to your organisation.  The most important thing about the name is that it has an identity that your staff can associate with.  Let’s face it, if someone asks where they can find a particular document, it sounds so much nicer to be told that the document is on ‘Bob’ (see below!), rather than on ‘the intranet’.

An intranet name should be as personal to you and your colleagues as a baby’s name is to it’s parents, so it’s worth thinking about how you will decide on the perfect name.  If there aren’t any stand out candidates from day one, then it’s always great to engage your staff in the naming of your intranet.  Be careful not to find yourself choosing by committee, plus it goes without saying that you should also be careful to avoid a “Boaty McBoatface” situation.

The most popular way to avoid this is to ask all staff for their suggestions, which the intranet steering group then filter into a small list of appropriate names before putting to a wider vote to make the final decision.

As food for thought, here are a few categories and examples that we have come across during the last 20 years of our intranet experience.

The generic but common names

There are lots of intranets out there called something like ‘The Hub’, Connect’, ‘Grapevine’ and ‘iNet’

The names which mean something to your organisation

These are sometimes a simple extension of the generic names above, by relating them back to something about your organisation.  For example, ‘TrustNet’ for an NHS trust or ‘RedNet’ for an organisation that is heavily branded in red colour.

Even better is something which says something about what you do, your values or what the intranet’s purpose is.  One of our clients, a salads and herbs producer calls their intranet ‘The Greenhouse’.  ‘One Place’ was chosen where the intranet was bringing together lots of disparate companies following a merger.

Giving your intranet a human sounding name is one way to ensure that it has an identity that people can associate with.  Sometimes these double up as acronyms, such as ‘Ian’ (Information and News).  Sometimes they are more about what the organisation does, such as ‘Bob’, a police force intranet which was named after Sir Robert Peel, founder of modern British policing.

Whatever name you choose, don’t forget to build brand awareness during your pre-launch communications and at the launch itself.  Posters saying that ‘Bob’ is coming soon, featuring the intranet logo will have much more impact than simple text-based communication.  Often companies will arrange some giveaways for launch day that feature the name and logo, such as pens, sweets or stress balls.

Giving your intranet a name is important but can also be fun and is a great way of engaging your staff in what is coming.  Don’t be surprised by how many great ideas you get from your staff and how much it helps your intranet take on a life of its own!

I hope this has been useful. If you would like to talk about your new intranet project or understand your intranet options, we are here to help. You are also welcome to take a look at our latest intranet events and we have a great range of free intranet guides which might help. 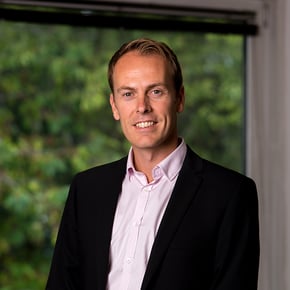 Are you thinking about a new intranet or continuously developing your current one? If so, dedicating some time to intranet ...
Start Reading
Jeremy Stewart 18 September 2019 3 min read

Taking the lead with your business communication

Why intranets are great at connecting remote workers

Why intranets are great at connecting remote workers For several years, the Office for National Statistics has been estimating ...
Start Reading