What have we learned about intranets during the pandemic? 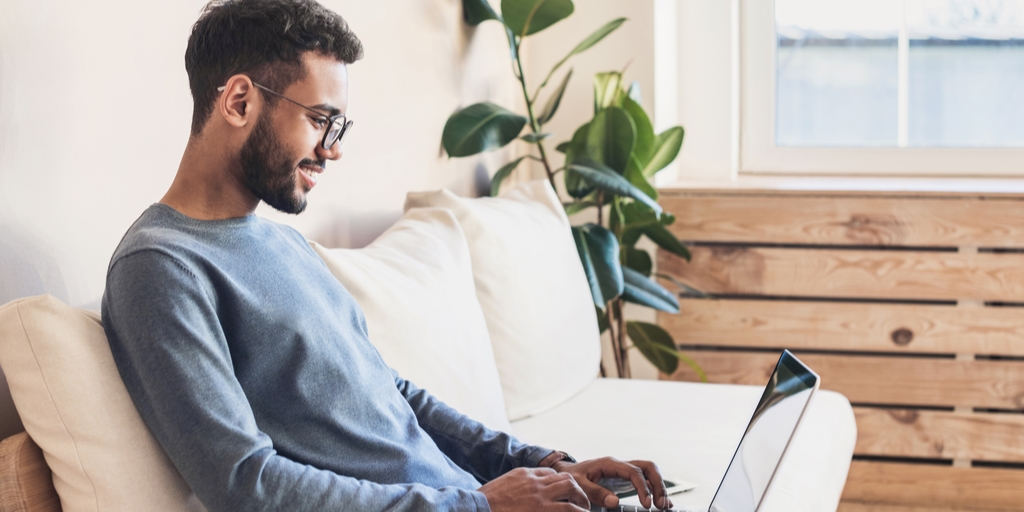 Since Lockdown began in March, UK businesses had to rapidly respond to an ever-changing situation. With offices closed, public transport reduced to a minimum and no close contact, many quickly took stock of what software systems they had and put plans in place to continue business under these new conditions. Here Jeremy Stewart, Head of Business Development at Sorce, shares his thoughts on what this has meant for intranets.

The intranet has never been so important for internal communications

If anyone ever doubted the value of a good intranet, they must surely now be seeing the light. Nobody saw the Coronavirus pandemic coming and the impact on all aspects of our lives. Many have discovered that an effective intranet has been vital to helping their business function.

The fundamentals of an effective intranet haven’t changed: updating employees with what’s going on in the business, helping people get work done and providing a single and reliable source of the truth.

Clearly these fundamental needs have been heightened by the unprecedented situation we find ourselves in; staff need updates regularly during a very fast-moving situation, working in an unfamiliar way for possibly the first time ever (i.e. alone and outside of the business premises) and the risk of using the wrong information could have serious consequences.

The need for people to feel a connection with their colleagues clearly became more important than ever. This has always been important for remote workers, but overnight almost everyone became a remote worker.

Tools like Microsoft Teams and online meeting tools like Zoom are great for replacing face to face contact and conversations, but most people found these tools are not enough on their own. Outside of conversations and meetings, people need information to get work done, plus important announcements and updates need to be delivered in a considered way. Those announcements also need to be visible for some time to be seen by all, rather than quickly disappearing down a fast-moving news feed. It became even more important to ensure that information was read and understood - an intranet can do this in ways that messaging and online meeting tools simply can’t.

So, it’s no surprise that many companies that didn’t have an intranet in March 2020 suddenly needed one. It was more surprising how many companies did invest in a new intranet in a time when finances were tight and budgets were being cut.

The fact that these business cases were being signed off as our economy entered uncertainty and recession just goes to show that the intranet in 2020 truly is more important than ever.

Some intranets were not good enough before the pandemic

Some organisations coped by providing VPN access into their company network for remote workers. Many, however, simply couldn’t achieve this quick enough or at all.

The introduction of the furlough concept in the UK also presented new and unexpected challenges. Suddenly, there was a need to communicate with furloughed staff but no tools, meeting the rules of the furlough scheme, were available to do so.

Technology aside, some intranets just didn’t have enough content in areas that suddenly became more important. Health and wellbeing, for example, was lacking in many existing intranets.

We’ve heard from lots of clients who were either against implementing new technologies such as Microsoft Teams and online meeting tools or were just a bit slow on the uptake. Almost all those companies have subsequently expedited that implementation.

You only have to look at the statistics from Microsoft for evidence of this. On the 11th March 2020, Microsoft reported 32 million regular users of Teams worldwide. By 18th March this had reached 44 million, and by April 29th that number was 75 million.

One of our clients was almost ready to launch Teams when the Coronavirus crisis started, so they launched on the first day of lockdown. On that day, a staggering 22,500 Teams messages were sent by their 500 staff.

We now see Senior Managers doing intranet video updates from their living rooms and kitchens, which may have never happened before. If you ever wondered what your boss’s house looked like, you probably now know!

These messages have been vital for corporate communications and most staff will be pleased that these more informal and personal communications are now being delivered in such an interactive way.

Remote working does work if you have the tools you need

So, it turns out that people can be trusted to work from home and that productivity doesn’t suffer. Who knew?! Even with the additional challenges of home schooling, when that 1-2 hours spent commuting each day suddenly becomes available as working time, people generally adapt their behaviour to get everything done in a way which gives them the best work life balance.

Any organisations experiencing a decline in productivity, will almost certainly have found savings elsewhere from their external costs (e.g. rent and utilities) and expenses (travel costs etc).

It’s difficult to foresee exactly what the new normal will look like, but it’s safe to assume that there will be fewer big office buildings in expensive city locations and a lot more flexible and home working.

Internal Communications needs to be as creative as ever

Good internal communications teams will create their content in a way that is enticing and engaging. They will consider how to share that content in order to reach all their different personas. Of course, these fundamentals have always been important to the success of any intranet, and a crisis beyond our control has only amplified this.

This crisis will have possibly brought new users to the intranet for the first time and changed the behaviour of others. Those who weren’t too interested in what their colleagues were up to outside of work, may now be more interested when they have fewer distractions around them, or as they are spending more time.

The crisis has presented new ways of engaging people. What’s the view from your lockdown window? What are you eating for lunch with the food you have available to you? What’s your monthly exercise tally? What are your post lockdown travel plans? These are just a few examples that spring to mind, but there are many more.

Things can be done quickly after all

The average time to implement a good intranet from start to finish is typically around 3 months. In the past we’ve done this in a month with organisations that were keen to move quickly and had all their ducks in a row. Over the last 3 months we’ve delivered an intranet in a week for several organisations that didn’t have an intranet in place when the crisis started and suddenly realised, they needed one.

Implementing an intranet isn’t rocket science, but it does rely on certain resources being available and several activities being aligned. Getting those stakeholders together to make decisions was always a challenge when you tried to get them all in the same room at the same time. It suddenly got easier when they had a pressing need and could easily jump on a Teams call.

You don’t have to be in the same room to do group activities (planning workshops, training etc)

Certain activities, such as planning workshops and training, have always been delivered face to face as part of an intranet implementation. We were a bit nervous that these would be too hard to deliver virtually, due to the physical nature of the activity (anyone who has ever done card sorting will know what we mean).

There are, however, tools out there to support these physical activities being turned into virtual activities. Whilst it was never going to be quite as easy as being in the same room, these tasks have been performed effectively during the crisis.

Given the choice, we would still prefer to perform these activities in person in ‘the new normal’, but there are clearly benefits to everyone including savings in travel time and cost. These activities have also enabled clients to involve in the process people who may not otherwise have been able to attend.

There is no going back

It certainly appears like the new normal is going to be different to the old normal. The big question people will be asking themselves is, if we could go back to the old normal, would we really want to? I hope I’ve highlighted how many things have actually improved during this crisis.

It seems unlikely that all employees are going to rush back to being in the office every day. It also seems likely that home working will be much more accepted. I have certainly accepted that I may rarely be in the same room as so many people at the same time ever again.

We might just have given birth to the hybrid meeting when in future even ‘face to face’ meetings have some attendees dialling in from home.

2020 has been a tough year for everyone, but intranet professionals can at least be thankful that their work has become more important than ever this year. We hope that that this continues into the new normal and the value of a good intranet will never be underestimated again.

Whenever I speak to clients, it’s always interesting to hear about the ways in which their intranet has helped them achieve a ...
Start Reading
Jeremy Stewart 11 May 2020 4 min read

The complex reality of returning to work

This week we are all waiting for more details around the governments plans to ease the lock down and reinvigorate our economy. ...
Start Reading
Jeremy Stewart 24 September 2020 10 min read

Why intranets are great at connecting remote workers

Why intranets are great at connecting remote workers For several years, the Office for National Statistics has been estimating ...
Start Reading