Social housing provider, Citizen, has transformed engagement amongst its 1,000 colleagues by creating a vibrant, interactive intranet that’s being used for daily storytelling. The Oneplace intranet, built using the Engage platform from Sorce, is now unrecognisable from two years’ ago when it was neglected and unloved. The changes have doubled employee engagement within just 18 months.

Citizen is one of the UK’s most trusted social housing providers. It owns and manages 30,000 homes for diverse communities across the West Midlands, from urban tower blocks to rural villages and towns.

Over the past two years, Citizen has undergone great change, including a rebrand, a new group structure and fundamental changes to its operations. It was key for colleagues, many of whom were from legacy businesses and felt disconnected to Citizen, to be brought onboard with the changes and to begin to feel part of a supportive and inclusive team.

The internal communications strategy needed to concentrate on bringing its intranet platform to life, making it an energetic hub for news, camaraderie and inspiration. Citizen had been using the Engage intranet from workplace technology provider Sorce, but since implementation it had been neglected and unloved. With it being easy to use and agile, it was clear that Engage remained the right platform for transforming internal communications at Citizen, however it needed to be given a new lease of life.

Citizen rebranded its intranet to Oneplace and the platform was to become the ‘go to’ for information and insight, while connecting colleagues to the company’s culture, values and each other. It was decided that storytelling would become a big focus, moving to 2-3 stories posted on Oneplace every day rather than a couple of times each month, with colleagues invited to tell their stories and share their experiences.

Hayes says “Ensuring everyone feels a sense of belonging at Citizen became a priority. We started to invite colleagues to share personal stories including ones to coincide with awareness days and religious festivals such as Pride, International Women’s Day and Eid. It’s vital to empower people to tell their stories in a way that’s personal to them. This level of sharing and openness supports a culture of unity, inclusivity and understanding.”

To encourage people to share their stories was initially about creating momentum. The internal communications team started from a very low base and built this up to a steady flow of engaging content and, in particular, people stories.

Hayes says, “This sets a different tone in your organisation and people start to respond. They see their colleagues talking about their work, or even just themselves, and they want to be part of it. This started with proactive and focused work from the communications team and has developed into much more of a two-way conversation. Now, when we put out appeals for colleague stories we get a fantastic response and this makes for amazing content.”

The team explored the best ways to tell people’s stories. For example, Citizen launched a ‘From the Frontline’ feature which has been a huge success. It focuses on a different colleague each time and gives the colleague the chance to tell their story and explain their role.

“This feature highlights the diversity of our organisation, the progress we are making and, crucially, a sense of who we are and who works for us”, says Hayes. “It helps colleagues to relate to each other and better understand their unique role and how they contribute to the bigger picture. This is key to keeping colleagues engaged and motivated.”

The introduction of the Oneplace app has also allowed remote workers to quickly and easily access the hub from their mobile devices. And focusing on making the intranet as accessible and user-friendly as possible for all colleagues has increased engagement levels.

“There’s no point having a great intranet if half of your workforce can’t access it” says Hayes. “As nearly 50 per cent of our colleagues are field staff, we had to ensure Oneplace could be easily accessed from their mobile phones, and it’s important that the content continues to be relevant and appealing to them.”

As well as storytelling, the internal communications team has introduced a ‘Citizen of the Month’ feature on Oneplace in which people can nominate a colleague for special recognition. This has grown in popularity and is now the most engaged with feature on the intranet.

It's been important, however, to ensure Oneplace continues to be managed by the communications team who are a skilled team of content generators. The team cultivates a consistent voice for Citizen and tells a clear story about the company, its work and successes.

Hayes says, “I wouldn’t let Oneplace become a place in which colleagues could post anything they wanted, whenever they wanted. The communications team needs to oversee the content and be the storytellers, as they understand what it takes to shape a message and make it impactful. I always say that I’d never try to fix a tap because I don’t have the expertise, and the same applies here – it’s important for our Citizen colleagues to trust the communications experts to help tell their stories.”

And so the intranet news section, newsletters and company communications are totally managed by the communications team. This maintains professionalism and keeps a clear focus. However for other content, it’s more of a two-way conversation and there are features which people can get involved with and which aren’t moderated, such as Oneplace’s ‘microblog’ function which is like a Facebook feed that anyone can update. This allows for some really interesting and exciting stories from around the organisation and it’s important colleagues know they can add to this freely. Similarly, the ‘You Smashed It’ feature allows anyone to nominate a colleague for recognition and display a message of thanks.

The impact of creating a vibrant and interactive intranet with storytelling at its heart has been transformational for Citizen. Intranet page views increased from 58,000 to 120,000 in just 18 months. Colleagues also report feeling more informed than ever before and increasingly engaged with the success of the organisation, especially during the pandemic when Oneplace proved a vital touchpoint for keeping colleagues connected.

Hayes adds, “Over the past two years, Oneplace has evolved into a vibrant place that tells inspiring stories about Citizen and the people who work here. It’s been the lynch pin of our internal communications strategy and I shudder to think of the effects on employee engagement if we hadn’t invested in making it the success it now is.”

Citizen was awarded ‘Best Intranet’ in the 2021 Internal Communications and Engagement Awards in recognition of Oneplace’s role in transforming employee engagement.

However, this is still just the beginning for Citizen, and Hayes is confident that the company’s internal communications function will continue to go from strength-to-strength.

Hayes comments, “We’ve established communications as crucial to our organisation and this has provided me with a seat at the top table. I can now exert real influence on everything that’s happening across Citizen.”

The storytelling approach has also become self-fulfilling. As colleagues see a greater number of stories on Oneplace, the more they want to tell their own stories. It’s now understood that the intranet can help people to reach their colleagues and to even influence their behaviour.

Hayes adds, “If you tell stories, others will follow. Put the effort in and you will be rewarded.”

First appeared on The People Space 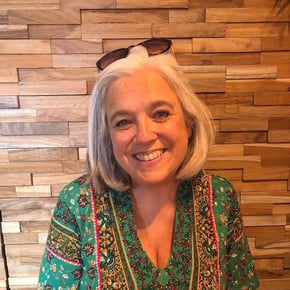 Paula is our marketing whizz and is passionate about intranet engagement and getting the most out of your intranet software.

Is your office ready for a hybrid workplace?

‘Hybrid working will become the norm’. This was the opening line in a recent BBC article. The quote itself came from IWG chief ...
Start Reading
Paula Darch 25 June 2021 11 min read

Your future workplace & your intranet

The media is full of articles related to remote working and thoughts on the future of UK working practices. From Goldman Sachs ...
Start Reading
Paula Darch 9 December 2021 10 min read

How intranets can support Care Homes

How intranets can support Care Homes  Some sectors have felt the full burden of the pandemic and one in particular, our care ...
Start Reading